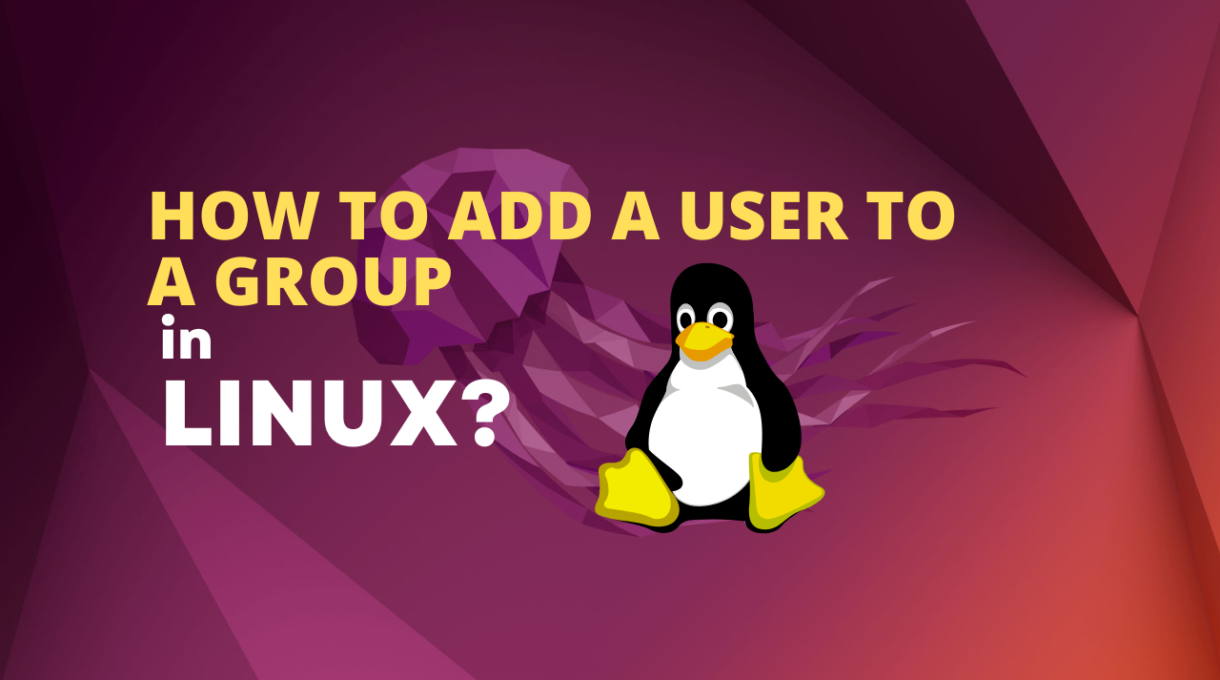 Several users in a group can have the same or different set of privileges. The users can be added or removed by the root user.  In this tutorial, the different scenarios of how to add a user to the group will be explained.

First, discuss let’s discuss the types of groups in Linux. The groups are classified into two categories as discussed:

This group is created on installation of the operating system, which has a unique group ID and user ID.

The user creates the secondary group, which can set the privileges accordingly and add/remove the users.

The user root directory has a /etc/group file, which contains information about all the user groups.

The tutorial discusses the below topics:

How to Add a User to Group in Linux?

Creating a Group in Linux

The “groupadd” command is utilized to create a group in Linux. The syntax for creating a new group is written below:

Let’s create a group named “testgroup” by running the below command in the terminal:

The output shows the group name “TestGroup” with group ID “1002”, which verifies the group has been successfully added to the system. The output will be blank in case of the group does not exist.

Adding an Existing User to a Group

Adding an already created user to the Linux “usermod” command is utilized. The general syntax of the command to add a user to the group is shown below:

For adding an existing user, “ubuntu” to a group “TestGroup”, run the below command in the terminal:

To check the users in a group “TestGroup”, use the below command:

The output shows the user “ubuntu” is successfully added to the group “TestGroup”.

If you want to check all the groups in the system, use the following command: 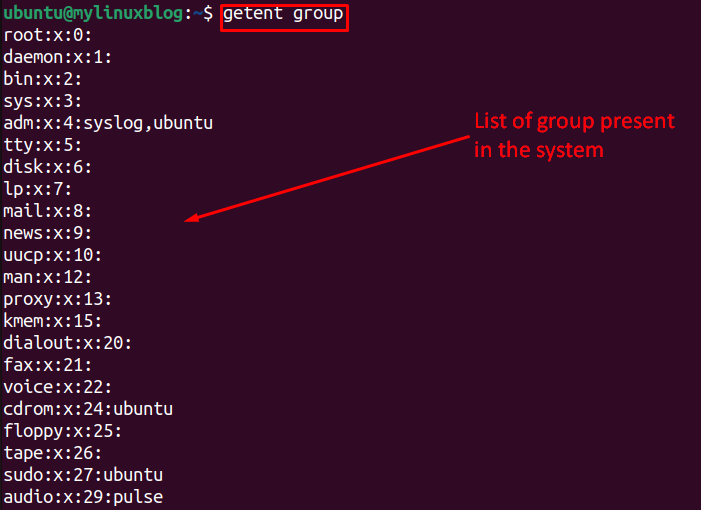 Adding a User to the Sudo Group

The sudo user has root privileges (Access to the root files) and can add or remove a user from the group. The general syntax of the command to add a user to the sudo group is given below:

To add a user “ubuntu” to the sudo group, utilize the below command:

The user “ubuntu” is added to the sudo group of the system.

The first group, “ubuntu” in the above output list is the sudo group of the user.

Adding a User to Multiple Groups

We can add a single user to several groups simultaneously using a single command using the comma “,” separator within the groups as mentioned below:

To add a user, “Johnson”, to groups “TestGroup”, “CollegeGroup”, and “SecondClass”, the following command will be used:

To add two users, “ubuntu” and “Johnson” to a collaborative group, “TestGroup”, the following command will be utilized:

Creating a New User and adding to Group/Groups

To create a new user, “Maxwell” and directly add to the group “TestGroup”, run the below command in the terminal:

Note: You must have sudo permissions to create a new user.

Changing the Primary Group of Users

Every user is a member of a primary group, which in most cases, is the same as the user’s name. For changing the primary group naming “TestGroup” for user “Maxwell”, use this command:

To change the primary group for user “Maxwell” to the group “TestGroup”, you can use the following command:

Removing a User From a Group

For deleting a user from a group, the “gpasswd” command is used as shown:

To remove a user “Maxwell” from the group “TestGroup”, run the following command in the terminal:

If you want to delete a group from the system in Linux, in that case, the “groupdel” command is used:

For removing the group “TestGroup” from the system, execute the below command:

Sometimes while adding a user to a particular group, you encounter the error “Cannot Add User to Group”, which can be resolved by restarting the system.